Web 3.0 – Creating a decentralized ecosystem for the future

The World Wide Web typically referred to as the web, WWW, or W3, is a collective term for any publicly accessible websites or pages that internet users can access on their individual computers and other devices. Users can access the linkages between these pages and documents by clicking on them to access more information. It has connected the world in a way that greatly facilitated communication, sharing, and information access. Since then, social networking sites, blogs, video sharing, and other platforms have made it possible for people to express their thoughts and creative endeavors.

The World Wide Web is still developing. Berners-Lee first described Web 1.0, the first generation of the Web, in 1989; it did not have video content and had a page layout similar to a printed page. Web 1.0 was mainly static and concentrated on disseminating knowledge.

Web 2.0, which started in the 21st century, was more engaging and adaptive than its predecessor, and it concentrated mostly on user collaboration, global connectivity, and communication systems. Web 2.0 applications grew as a result of social networking sites and mobile phones.

Web 3.0 will be fully decentralized that will run on the blockchain. These are apps that will allow anyone to participate without monetizing personal data. Here, the user will be given more authority to make decisions over the functionality.

Contributors to the digital era 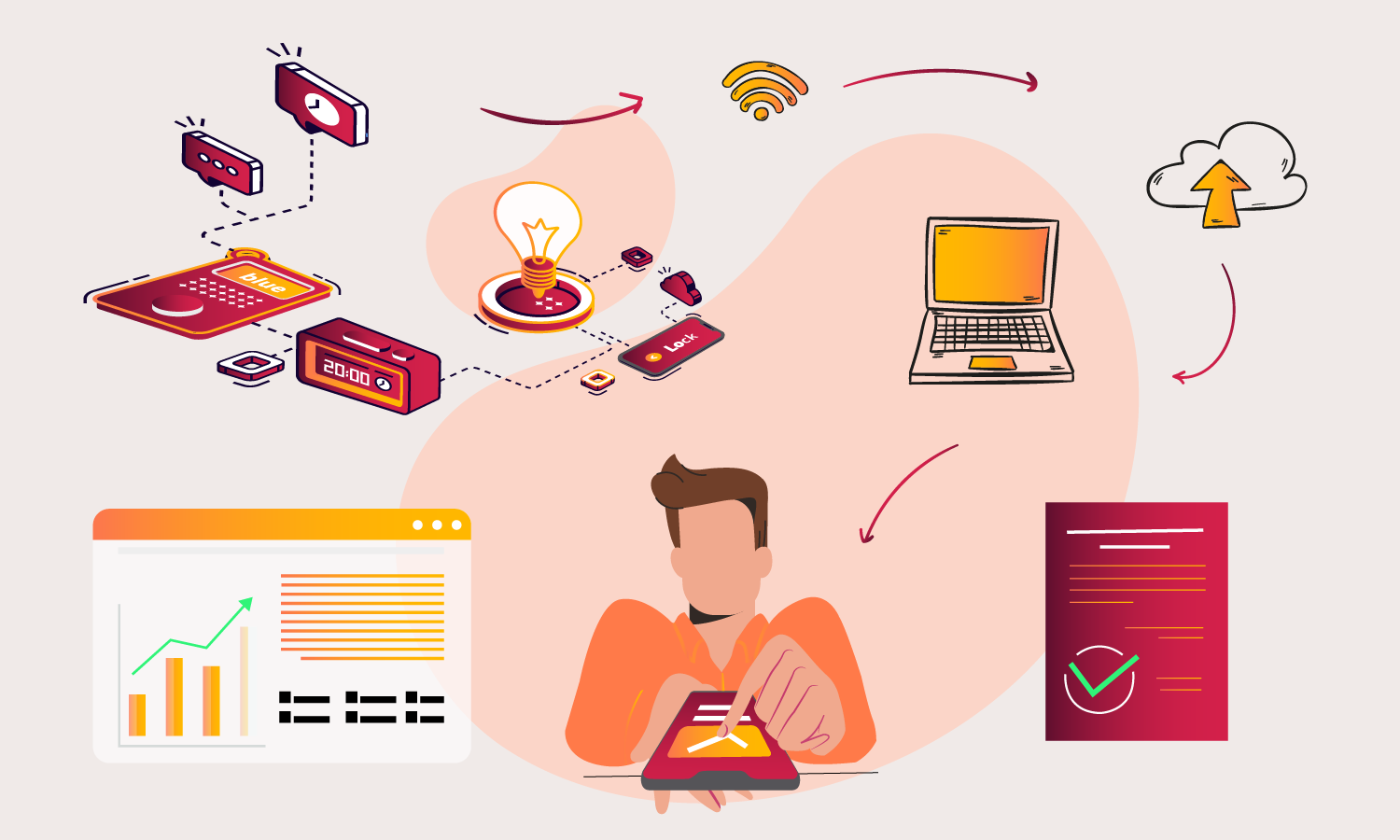 The internet of things (IoT), blockchain technology, and artificial intelligence (AI) are now acknowledged as advancements with the potential to disrupt entire industries and enhance existing business processes.

The goal of the Industry 4.0 model is to transform every production plant into a computer that has modular processes in the form of Cyber-Physical systems. Through Industrial IoT, Web 3.0 concepts will enable decentralized peer-to-peer networking of these factories, much like how bitcoin operates. Furthermore, Cyber-Physical systems will enable autonomous decision-making for industry production operations. Web 3.0 concepts might currently have a variety of drawbacks, yet centralized platforms appear to promise an easy solution for businesses to comply with Industry 4.0.

Web 3.0 will fundamentally alter the way we communicate and collaborate online, and this transition will affect everyone. However, the transition to web 3.0 won’t happen immediately. Companies should reflect on their workflow and determine how they rank on the decentralization and transparency spectrum. Web 3.0 is still in the future, organizations must start preparing now despite that fact.

Applications of IoT, Blockchain, and AI in Industries 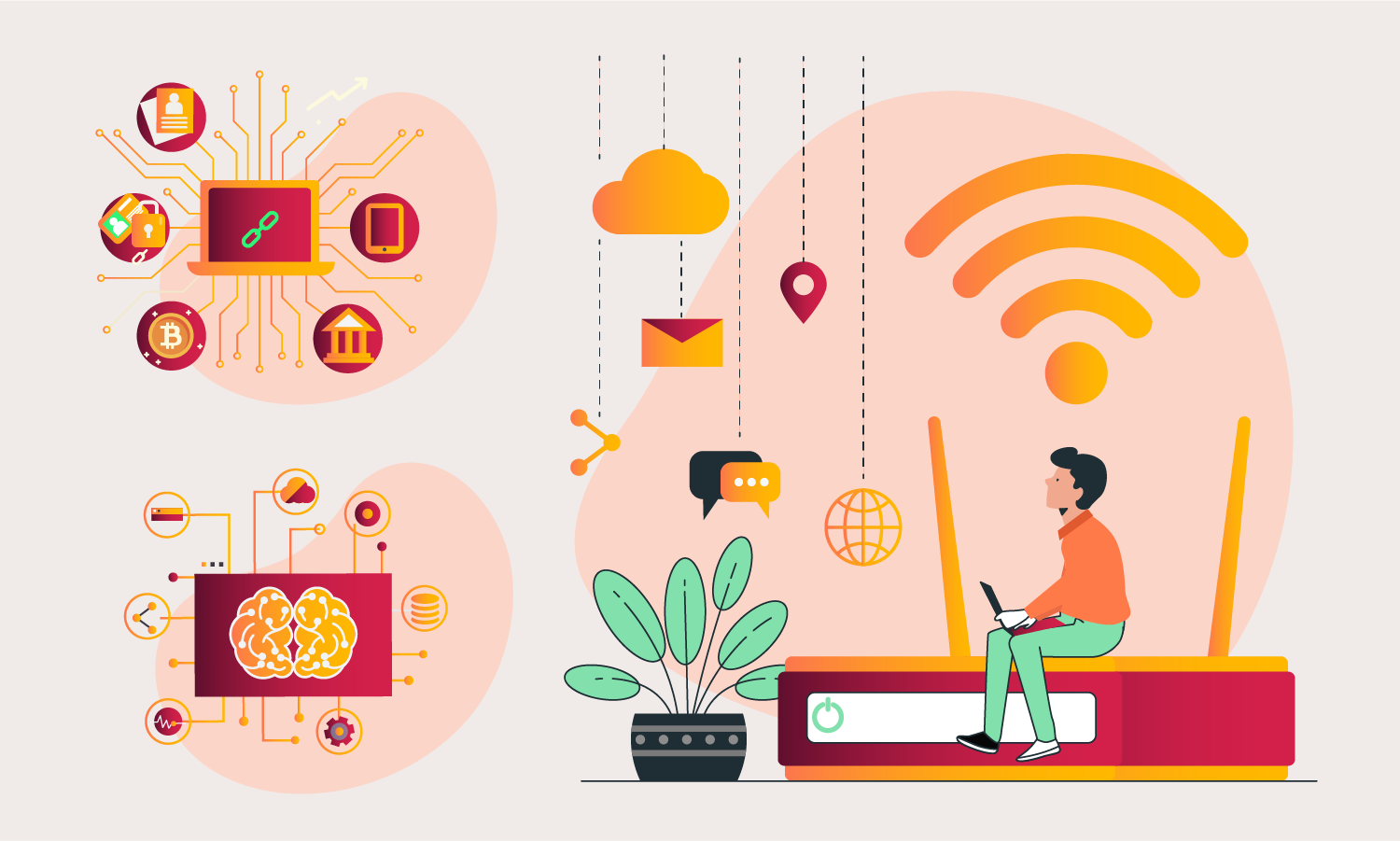 In the transportation industry, data loggers can be used to measure time, temperature, and humidity inside perishables-carrying trucks so that you are aware of those details because someone should not get an opportunity to point out that the refrigerator inside was not functioning correctly (IoT).

In the insurance industry, a person with auto insurance can use their mobile app to instantly claim in the event of an accident by uploading photos of the incident. The level of damage will be precisely determined by self-learning algorithms that have been designed to extract pertinent claims-related data from photographs, automating the claims assessment process (AI).

In the real estate industry, construction companies use blockchain to record transactions during a significant city development project, producing a more precise, auditable record of the orders issued and payments made (Blockchain).

These technologies can serve as a significant game-changer in the industry by offering the following benefits:

Web 3.0 will increase our capacity by bridging the gap between the digital and physical environments. The internet will be able to link everything, including automobiles, drones, refrigerators, and ovens, Thanks to IoT devices operating on constantly improving networks like 5G. By analyzing structured and unstructured data sets, capabilities such as chatbots that operate on the front end and machine learning algorithms that act on the back end will make the user experience relevant and meaningful. Thus to conclude, IoT, Blockchain, and AI will provide agility in innovation and digitalization and will be the major contributors to industry 4.0. Our trust in blockchain and the other technologies mentioned above will drive us to create the web of wonders, Web 3.0 technology!

As an industry, we’ve discovered that digital transformation is like a moving object, with the goalposts shifting with each significant technological development. Web 3.0 is a tremendous advancement, and just as Web 2.0 before, it will force businesses to consider their goals and methods of operation in entirely new ways. Since hackers would have a harder time breaking into the internet, they will also be more secure and less vulnerable to hacking. We also need to think about how Web 3.0 will be put into practice: The introduction of Web 3.0 won’t happen overnight; rather, we’ll go through a stage similar to that of Web 2.5, which will lead to the development of Web 3.0. It is not an easy task to build an ecosystem that can break the monopoly of the large tech giants and reinvent how we interact with the internet. It will take a lot of infrastructure and money, but once it is put into place, it will move mountains!